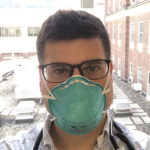 The Pandemic Will End: How and Why

Clinical Trials In the News About Newsletter COVID-19

At Abington Neurological Associates, we are committed to offering cutting-edge treatments for our patients. Clinical trials are available in many different areas. If you are interested in learning more about any of the trials that we offer, call us at 215-957-9250, or submit your contact information and our office will reach out to you.

A Study to Evaluate Efficacy and Safety of Treatment With BAN2401 in Participants With Preclinical Alzheimer’s Disease and Elevated Amyloid and Also in Participants With Early Preclinical Alzheimer’s Disease and Intermediate Amyloid
BAN2401 has been shown to be capable of clearing diffuse amyloid plaques, suggesting that it has the potential to neutralize species that provoke synaptotoxic events and to alter plaque formation in the brain. This study seeks to recruit adults ages 55 to 80 who show elevated amyloid but have not manifested symptoms of Alzheimer’s disease. Participants will be tracked throughout 4 years of treatment. Click here to learn more about the AHEAD Study.

A Multiple Ascending Dose Study to Investigate the Safety, Tolerability, Pharmacokinetics, and Pharmacodynamics of RO7126209 Following Intravenous Infusion in Participants With Prodromal or Mild to Moderate Alzheimer’s Disease
Phase 1a/2b clinical trial to investigate the safety and tolerability of a drug currently called RO7126209.  RO7126209 is the same monoclonal antibody gantenerumab from other trials, but has an added part to cross the blood brain barrier. If more gantenerumab gets into the brain, perhaps we could see more effect. The blood brain barrier is made of tightly packed cells, so many drugs have reduced penetrance into the brain. The shuttle stuck onto gantenerumab may allow it to get into the brain and lower brain amyloid burden. Amyloid is a misfolded, non-functional protein which clumps into plaques. They are believed to play an important role in pathogenesis of Alzheimer’s disease and removing them may help slow the disease progression.

A Study to Evaluate Safety, Tolerability, and Efficacy of BAN2401 in Subjects With Early Alzheimer’s Disease
BAN2401 has been shown to be capable of clearing diffuse amyloid plaques, suggesting that it has the potential to neutralize species that provoke synaptotoxic events and to alter plaque formation in the brain. This study hypothesizes that BAN2401 will be effective at early stages of Alzheimer’s disease prior to significant neurodegeneration caused by amyloid deposits. It is hoped that treatment with BAN2401 and attempts to slow disease progression should be most effective at this early stage. As a site, the clinical research department at Abington Neurological Associates began work on this study in 2013 and is currently in the open-label extension phase. Enrollment is currently closed to new subjects.

Efficacy and Safety Study of Gantenerumab in Participants With Early Alzheimer’s Disease (AD)
Gantenerumab is the investigational drug for Alzheimer’s disease against the pathologic protein that builds up in Alzheimer’s disease called amyloid. Amyloid is misfolded, non-functional proteins which bind together to make aggregates or plaques. The proteins appear to affect nerve cells involved in cognition and memory. It is hoped a drug that clears amyloid proteins will prevent the disease from getting worse. Graduate is a placebo control trial.

Post-Graduate is an Open Label trial where every participant gets active drug which is open ONLY to individuals already enrolled in Graduate trial.

See Graduate. This is an open label trial and participants will get gantenerumab at higher doses than the Graduate and Post-Graduate studies, ultimately getting weekly injections.

A Study of Sodium Oligomannate (GV-971) in Participants With Mild to Moderate Alzheimer’s Disease (GREEN MEMORY)
Green Valley is a phase 3 double-blind study that evaluates the efficacy and safety of sodium oligomannate in patients with mild to moderate Alzheimer’s disease. Sodium oligomannate (GV-971) is a large molecule derived from seaweed. GV-971 may aid the gut bacteria which live in our GI system. It may decrease abnormal gut bacterial compounds and reduce peripheral inflammation. It may change neuroinflammation in the brain. The drug is approved in China, but not in the US. This clinical trial takes place over 90 weeks and is currently enrolling.

Escitalopram for Agitation in Alzheimer’s Disease (S-CitAD)
S-Citad is a 24-week trial designed to observe the efficacy and safety of escitalopram in combination with a psychosocial intervention (PSI) as treatment for Alzheimer’s patients experiencing agitation. Escitalopram is already approved to treat depression and anxiety. This study is currently enrolling new patients from real world settings such as outpatient and assisted living facilities.

A Study of Donanemab (LY3002813) in Participants With Early Alzheimer’s Disease (TRAILBLAZER-ALZ 2)
Placebo controlled trial looking at a drug called Donanemab, an antibody directed against amyloid. Amyloid is misfolded, non-functional proteins which bind together to make aggregates or plaques. The proteins appear to affect nerve cells involved in cognition and memory. It is hoped a drug that clears amyloid proteins will prevent the disease from getting worse.

This is a double-blind study that evaluates the efficacy, safety, and tolerability of oral Ubrogepant in acute treatment of migraines during the prodrome (preheadache). The goal is to treat the warning symptoms (photophobia, nausea, neck pain, etc.) to prevent migraines from occurring. Ubrogepant is an oral CGRP-RA (Calcitonin Gene-Related Peptide Receptor Antagonist) under investigation for migraine treatment. CGRP is a neuropeptide, found during migraine pain. It is thought that interrupting CGRP will interrupt migraine pain and give people relief. The study is 4 months long and has 4 visits.

Allergan 303 is a double-blind study that evaluates the efficacy, safety, and tolerability of oral atogepant for the prevention of migraines in participants with chronic migraines. Atogepant is an oral CGRP (which stands for Calcitonin Gene-Related Peptide) receptor antagonist under investigation for migraine treatment. This study is 20-weeks long, and has 8 visits, which require participants to complete daily at-home migraine questionnaires. There are three dosing groups, which include one placebo group.

Allergan 312 is an open-label extension study that evaluates the long-term safety, and tolerability of oral atogepant for chronic migraines (15 or more migraines per month). The study is 52 weeks long, and has 10 visits. In order to be eligible, participants must complete the Allergan 303 (chronic migraine) clinical trial.

The purpose of this study is to characterize the efficacy and safety of evobrutinib 45 mg orally twice daily versus teriflunomide 14 mg once a day orally in participants with relapsing multiple sclerosis. Evobrutinib is a potent irreversible inhibitor of B cell activation. Additionally, evobrutinib inhibits the differentiation of proinflammatory macrophages, thus making it a suitable treatment of multiple sclerosis. The main study is double blinded and lasts 96 weeks after which participants will be eligible for the optional open label extension.

Randomized controlled trial to evaluate the efficacy and safety of high dose ocrelizumab compared with the approved, normal, dose of ocrelizumab in Relapsing Remitting Multiple Sclerosis. Does a higher dose of ocrelizumab work better than the approved dose? Ocrelizumab is a humanized monoclonal antibody that removes CD20-expressing B cells from the body. Although we don’t know exactly why, this stops the immune system from attacking the brain.

Ocrelizumab is a humanized anti-CD20 monoclonal antibody. CD20 is the marker on B lymphocytes which are responsible in the immune response of human body. In Multiple sclerosis patient’s immune response mistakenly turns against the myelin sheath (fatty covering of neurons helpful in proper signaling) of neurons in Central nervous system. This results in the inflammatory response and ultimate destruction of the myelin sheath causing disruption of the normal signaling mechanism. Ocrelizumab targets CD20 marker on B lymphocytes and hence is an immunosuppressive drug as it suppresses B-lymphocytes and deny them the ability to disrupt the myelin sheath. Ocrelizumab’s is currently approved by FDA since March 2017. Its efficacy and risk benefit assessment is being conducted via two trials (Opera and Veloce), both Phase 3, by Hoffman-La Roche. These trials are currently closed to enrollment and have played an essential role in the collection of data for efficacy and safety of Ocrelizumab in patients of Multiple Sclerosis.

Observational study to determine the incidence rate of cancer in patient treated either with ocrelizumab compared with MS patients treated with other approved MS disease modifying therapies. Ocrelizumab is a humanized monoclonal antibody that removes CD20-expressing B cells from the body. Although we don’t know exactly why, this stops the immune system from attacking the brain. Ocrelizumab was approved by the U.S. Food and Drug Administration (FDA) on 28 March 2017, for the treatment of adult patients. Abington Neurological Associates contributed to the phase 3 trials permitting approval.

A Clinical Trial Investigating the Efficacy, Safety and Tolerability of Continuous Subcutaneous ND0612 Infusion in Comparison to Oral IR-LD/CD in Subjects With Parkinson’s Disease Experiencing Motor Fluctuations (BouNDless)
ND0612 is being developed for patients who are responsive to Levodopa but, are not satisfied with the debilitating motor fluctuations of hyper/dyskinesia. NeuroDerm is conducting a clinical trial with a Levodopa/Carbidopa solution, in which the patient receives a continuous subcutaneous (SC) administration via an infusion pump system for the treatment of idiopathic PD. The trial is a double-blind trial with an optional open-label extension period, totaling in 92 weeks per trial subject. This trial is currently open to enrollment.