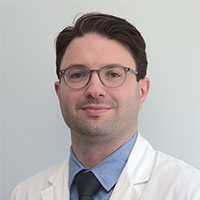 Infusion therapy may seem modern, but its origins trace as far back as 1492, when forward thinking anatomists tried to transfuse a sick Pope Innocent VIII by vein-to-vein anastomosis from three young children. The Pope and his three donors died, victims of a thoughtful idea centuries behind in both ethics and execution.

A century and a half later, a famed polymath and anatomist Sir Christopher Wren invented the first working infusion device by attaching a quill to a pig’s bladder and instilling a mixture of alcohol and morphine into a dog’s vein. Alas, the dog survived, grew fat, and died happy with his owner, but in light of myriad adverse events (that also would give today’s animal rights activists pause), the Vatican banned transfusions in the 1660’s.

It wasn’t until the 1820’s that Dr. James Blundell performed the first documented successful human-to-human transfusion. Modern IV therapy arrived around the second World War, when infusions were refined for cardiopulmonary bypass and dialysis applications. So-called “smart pumps” were then developed in the 1990’s, allowing users to select specific drugs, concentrations, doses, and rates.

Why do we care so much about perfecting these infusions? In short, they are effective for their high bioavailability. This means that 100% of the medication gets into the blood as compared to oral medications where much of the medication is lost in digestion before entering circulation. For example, in the inpatient setting, multiple sclerosis (MS) patients suffering from relapses benefit from IV infusions of steroids. Similar oral doses have not been proved to be as effective.

These are not the only infusions performed in the outpatient setting. Patients with CIDP (also known as chronic inflammatory demyelinating polyradiculoneuropathy), benefit from scheduled IV immune globulin infusions.

We know that immune globulins are healthy antibodies that block the immune-mediated inflammatory processes that destroy myelin, the protective fatty layer around the nerve cell. Think of myelin as similar to the rubber casing of an electrical cord. If the rubber cord is stripped, the signals go nowhere! Monthly (or even more frequent) infusion treatments help keep the inflammation at bay, allowing the myelin (rubber cord) to grow back naturally.

ANA is always working hard to bring you cutting edge infusion therapies. Soliris (eculizumab), an immunosuppressive drug used previously to prevent red blood cell destruction in various other diseases, was approved in 2017 for the treatment of anti-AchR positive myasthenia gravis, an autoimmune mediated neuromuscular disease. It was also approved recently to treat a condition similar to multiple sclerosis called Neuromyelitis Optica Spectrum Disorder (NMOSD), a relapsing autoimmune inflammatory disorder that attacks the optic nerve and spinal cord. While rare, the debilitating nature of this disease cries out for therapeutic advances that reduce relapse morbidity. We physicians have seen the devastating toll this disease can have on our patients, and Soliris is the next step in the treatment ladder.

Infusion therapy has come a long way since its experimentations on dogs and Popes. We hope future research (some done at ANA) will inspire new therapies for neurologic illness. Until then, we aim to treat our patients with skill and compassion, and deliver IV infusion therapies to the right patients in a comfortable and personalized space. If you have any questions about Abington Neurological Associates’ Infusion Therapy Center, please do not hesitate to ask!